This website uses cookies for web analysis in order to present you with the best possible user experience. By clicking „Accept“ you agree to the use of cookies. You can revoke your consent at any time or specify your cookie preferences in our „Cookie Settings“.

You have successfully rejected all cookies. That’s a pity, because cookies help us to provide you with better and more attractive web services. If you want to change your mind, you can change your decision at any time under Privacy settings at any time.

STORAG ETZEL had been commissioned in 1971 to create the caverns for storing oil in the Etzel salt dome (25 km from Wilhelmshaven) and to operate the surface facilities on behalf of the Federal Republic. In 1993, the company was privatized, and in 2005, the company took over ownership of the cavern facility and developed it to its current significance.

STORAG ETZEL GmbH is the largest independent supplier of cavern storage facilities in Germany, making a valuable contribution to energy security and gas grid stability in Germany and northwestern Europe.

The heart of the facilities at STORAG ETZEL's centrally located operating site is the main pump hall with 16 powerful pumps. These are used for brine operations for the construction of new large-scale storage facilities/caverns in the salt dome as well as for the operation of oil caverns (storage and retrieval of crude oil) on customer request.

The storage facility in Etzel also benefits from its ideal geographical location in that it is directly connected to the Northwest European pipeline network for oil and gas, ensuring efficient transport and flexibility close to the market.

50+ years of cavern storage in Etzel

The STORAG ETZEL GmbH cavern facility at the Etzel site has been in operation for five decades.

The company, then still known as IVG Caverns, had been commissioned in 1971 to create the caverns for the storage of oil and to operate the aboveground facilities on behalf of the Federal Republic. In 1993, the company was privatized and in 2016 it was renamed STORAG ETZEL GmbH.

Today, STORAG ETZEL is the only independent provider of underground storage facilities for crude oil and natural gas in Germany.

In the summer of 2022, STORAG ETZEL celebrated its 50+1th anniversary – one year late due to Corona.

We are proud of more than 50 years of cavern storage and STORAG ETZEL. In 1971, today and also in the future – we make our contribution to the security of supply in Germany and Europe.

Decision of the Federal Government on a "Federal Oil Reserve"

Schematic of a cavern system

IVG is commissioned as trustee by the Federal Government to construct caverns in the Etzel salt dome for the "Federal crude oil reserve"; expert reports had previously recommended the site in the East Frisian municipality of Friedeburg

Start of construction of the IVG operating facilities at the Etzel site, the 44" inch long-distance pipelines for crude oil, seawater and brine to Wilhelmshaven as well as the seawater pump station at the head of the "Niedersachsenbrücke" at the deep-water port

End of drilling operation of 33 caverns 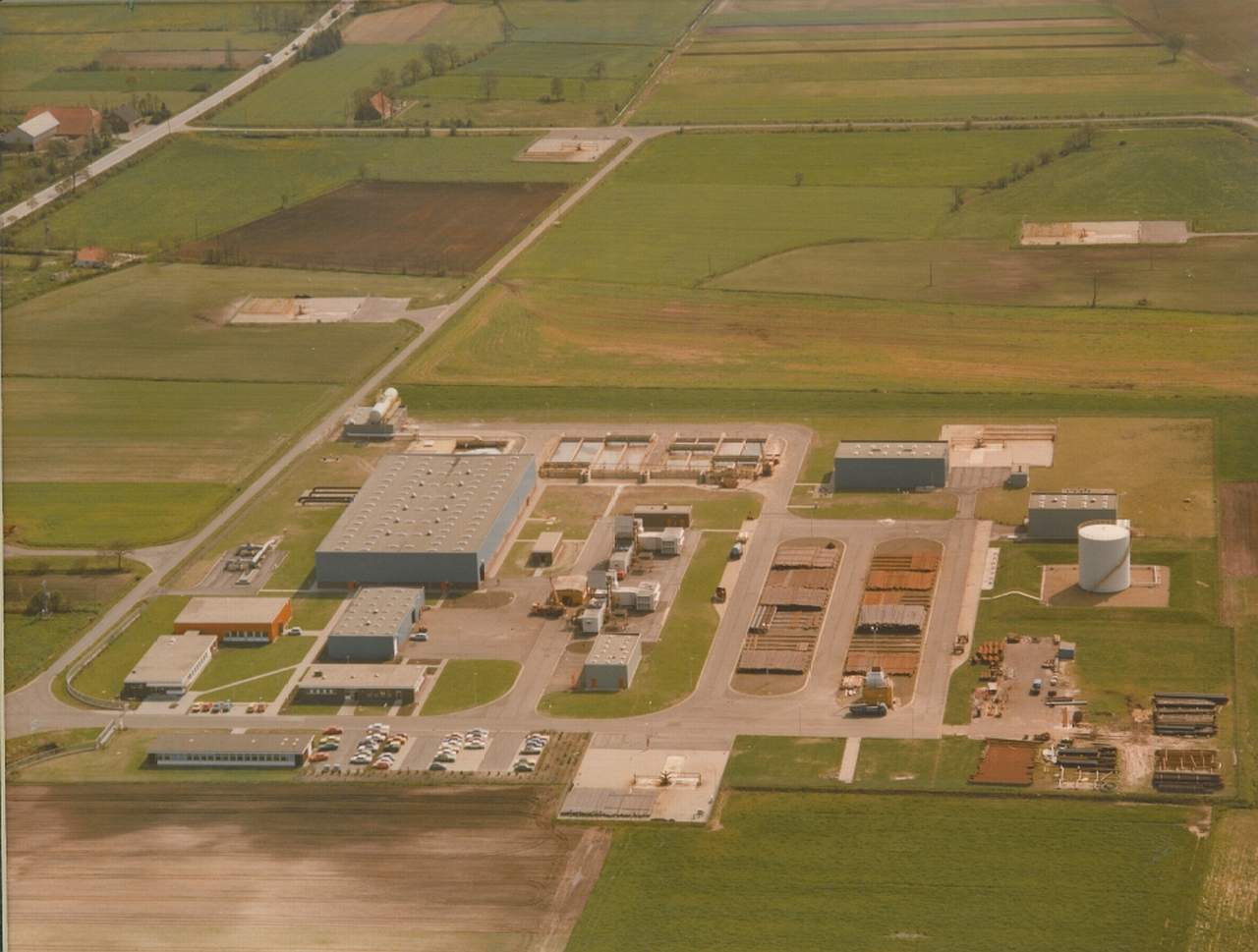 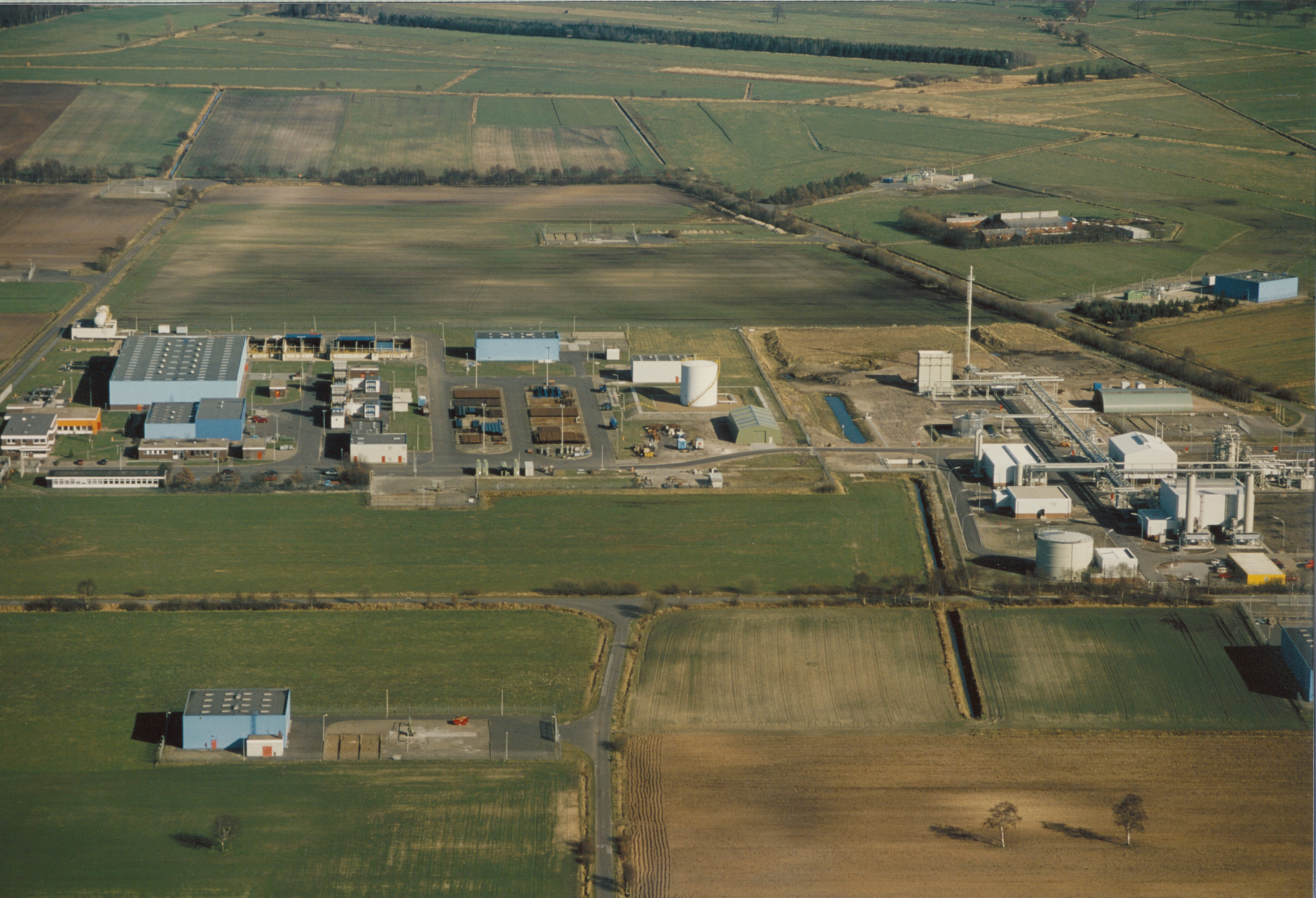 Aerial view of the cavern facility 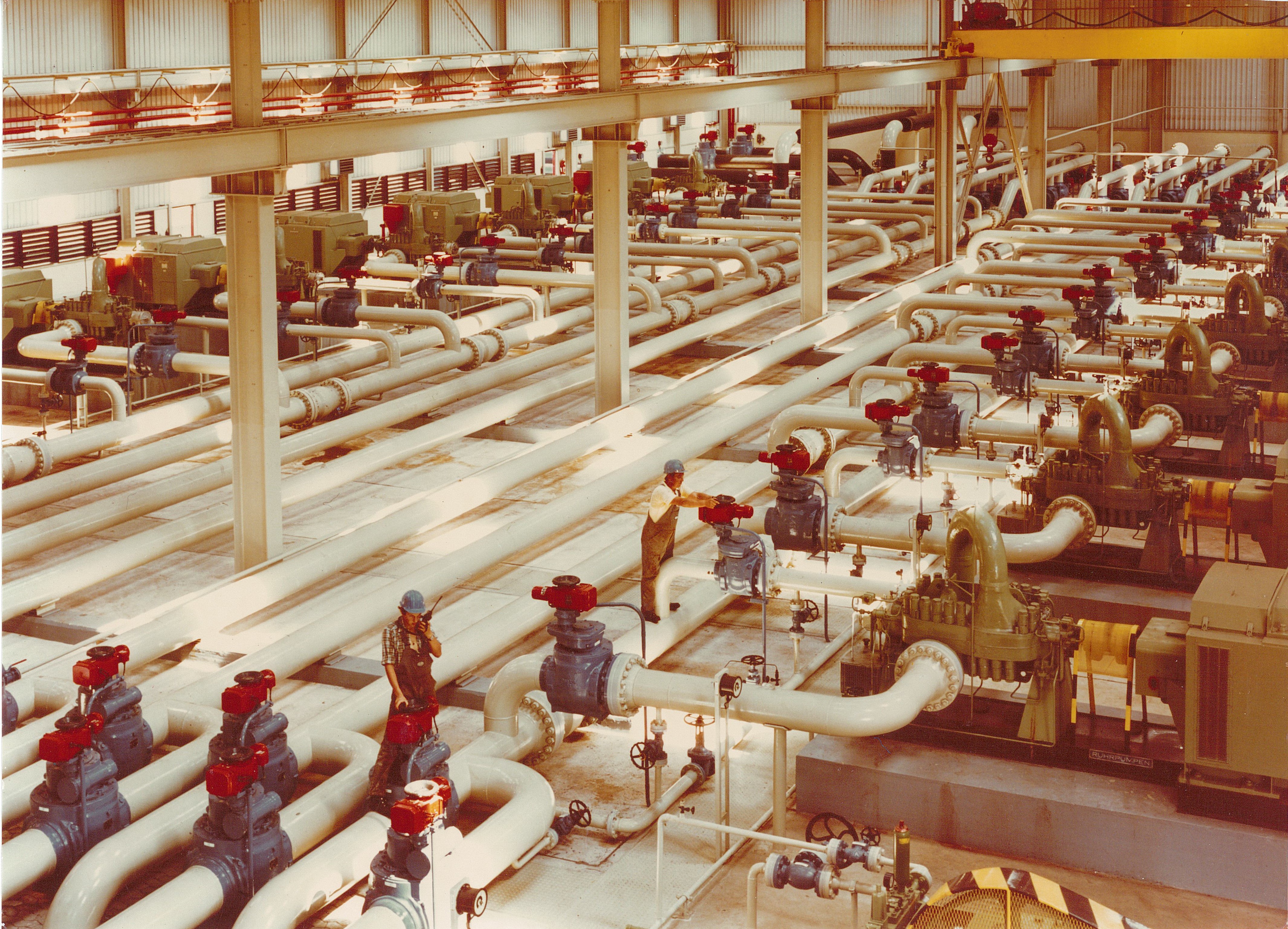 Individual caverns are leased for short-term storage of crude oil, gasoline and gasoil 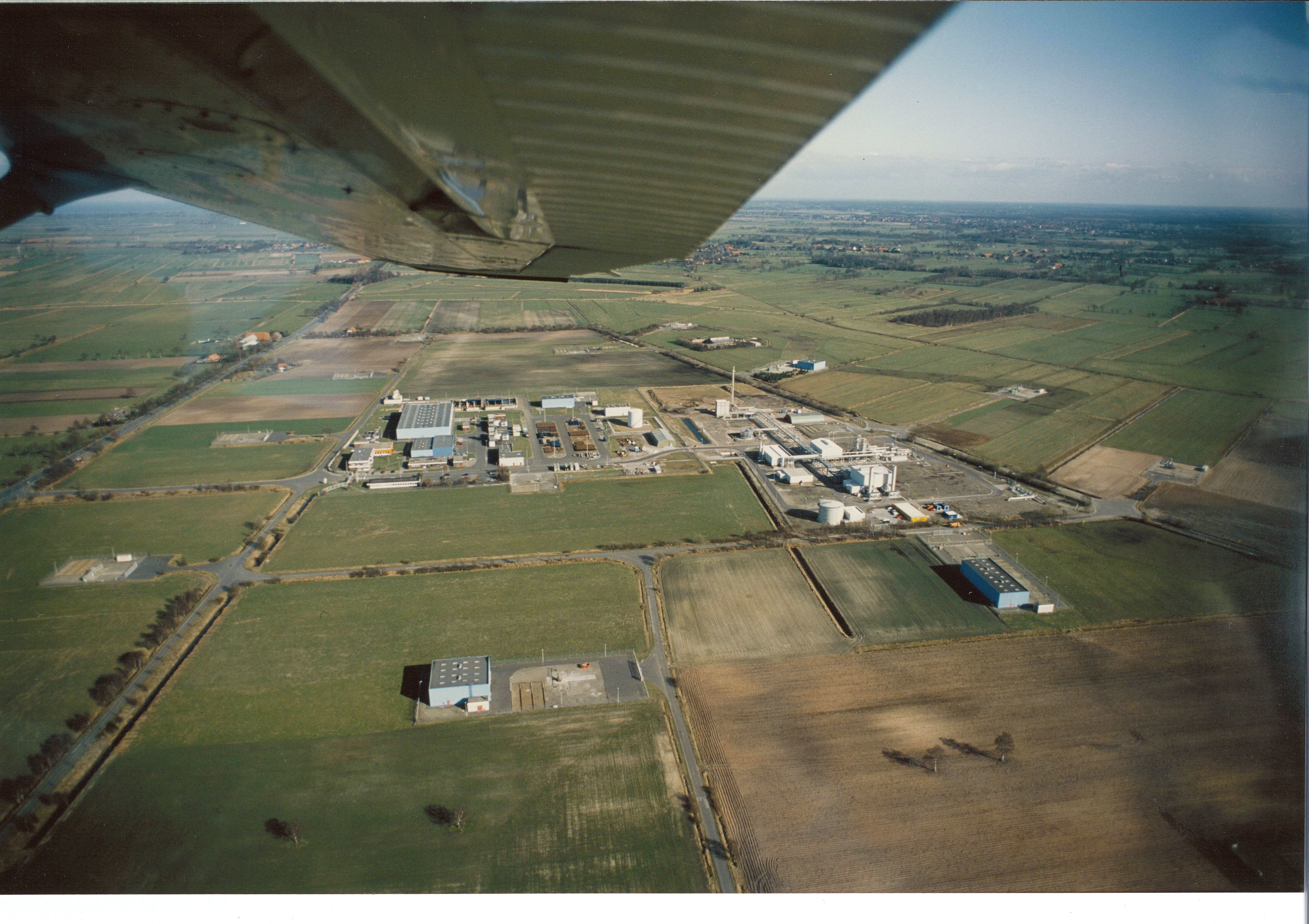 Aerial view of the cavern from the plane

End of oil filling with about 8.5 million m³.

Contract with Statoil for the storage of natural gas in nine caverns to be converted in order to ensure the contractually agreed security of supply for Central Europe on the part of Statoil.

Conversion of eight caverns from oil to gas operation, including
among other things, installation of a gas-tight production pipe tour (until 1991)

Drilling and brine operations for six new caverns for oil storage for EBV and the Dutch C.O.V.A. until 1998; deflected drilling is used for the first time in Germany, allowing several caverns to be combined on a so-called "cluster" operating site

Ceremonial commissioning of the Etzel gas storage facility and start of gas filling of the conversion caverns.

From 1995, connection of the Etzel energy storage facility to Europipe I and the NETRA supply network. Plant status: 33 caverns (25 for oil, eight for gas).

Removal from storage and sale of crude oil from the federal crude oil reserve in three phases. Immediately following the withdrawal of around three million m³, the EBV simultaneously increases the stocks to be held by the same amount of oil 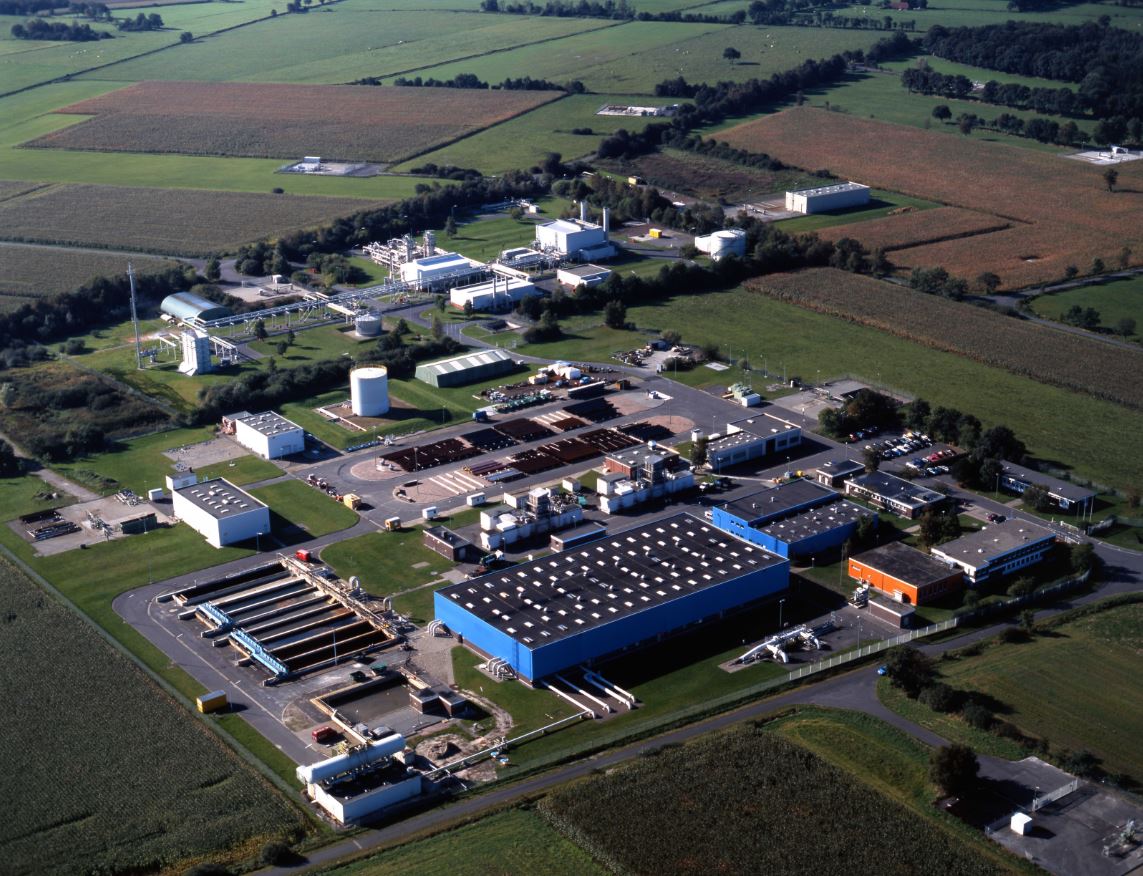 IVG acquires the cavern facility from the Federal Republic of Germany; preceded by a Europe-wide invitation to tender

Start of planning for the further expansion of the cavern field

Two cavern funds are launched, together the largest infrastructure funds in Germany. Investors are from the insurance industry, pesnion funds and foundations

Extension of the Etzel Gas storage facility by a gas compressor 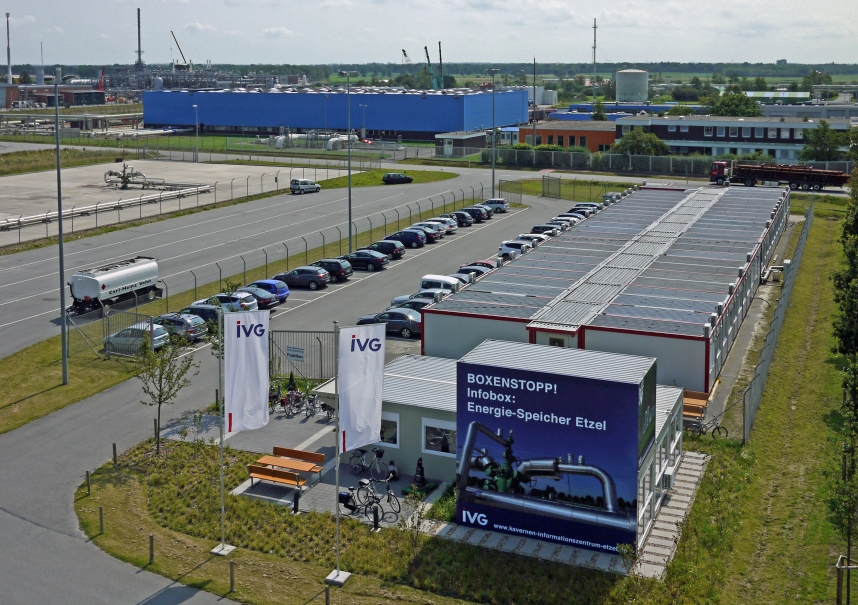 The new info box at the Etzel energy storage facility

Start of construction of the Bunde-Etzel Pipeline (BEP), which connects Etzel with the Dutch hub Bunde/Oude Statenzijl over 60 km.

Handover of the first four new gas caverns to a customer

Foundation of the cavern advisory board of IVG Caverns

Work on compensation and replacement measures begins at the Etzel site

Opening of the Infobox at the Etzel site 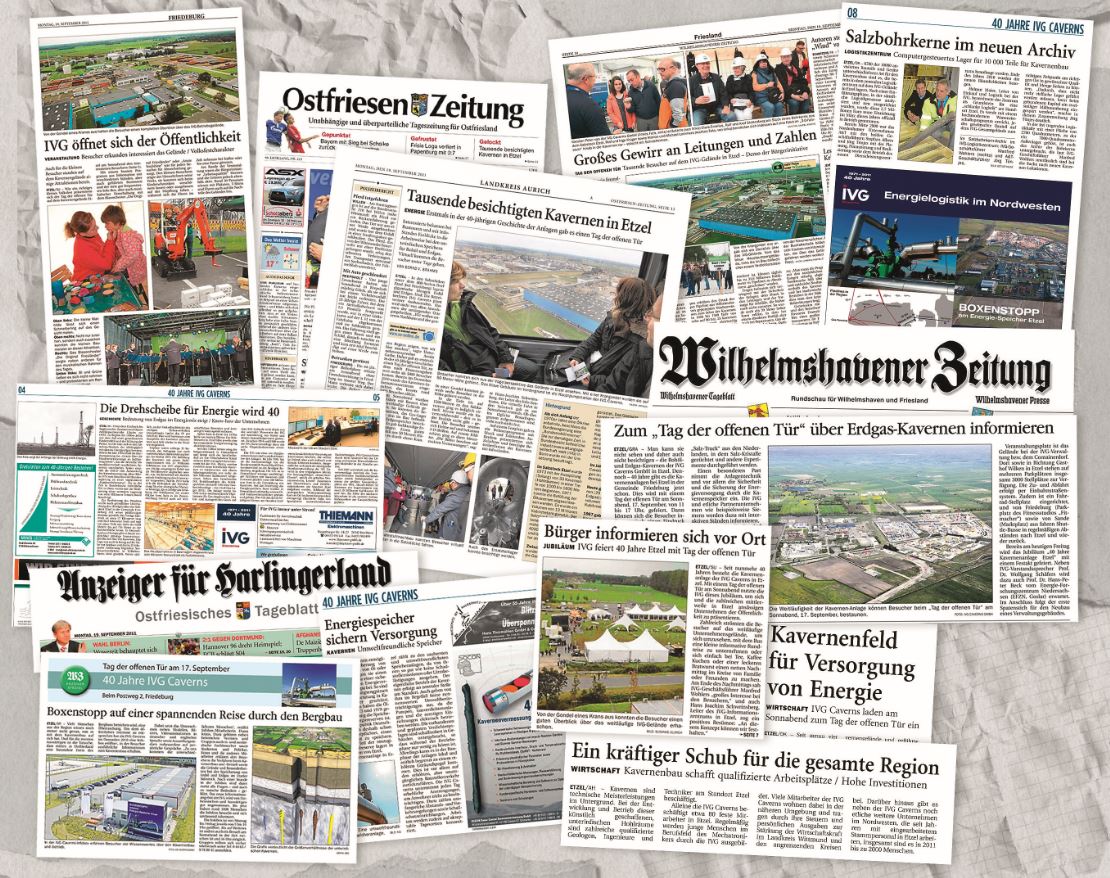 Newspaper collage of the different articles around IVG Caverns

Already 3,500 visitors to the Infobox

Anniversary "40 years of IVG at the Etzel site" with festive event, groundbreaking ceremony for the new administration building and "open day" together with the operators at the site with well over 5,000 visitors IVG initiates dialog event series "Generate - Network - Store" with three events under the patronage of Lower Saxony's Prime Minister David McAllister 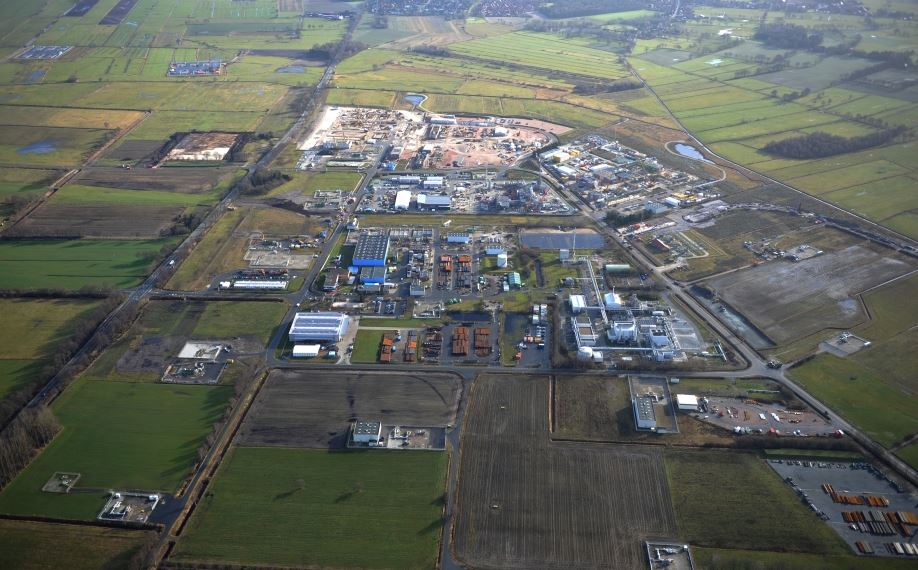 Inauguration of the new IVG administration building at the Etzel site

Once again this year, several charitable organizations and projects in the vicinity of the Etzel cavern facility received the traditional Christmas donation from the IVG Foundation

Start of construction work on the second section

In Etzel, around 4.5 billion cubic meters of working gas are stored in 49 caverns. Two gas caverns are under construction and will be completed by 2017 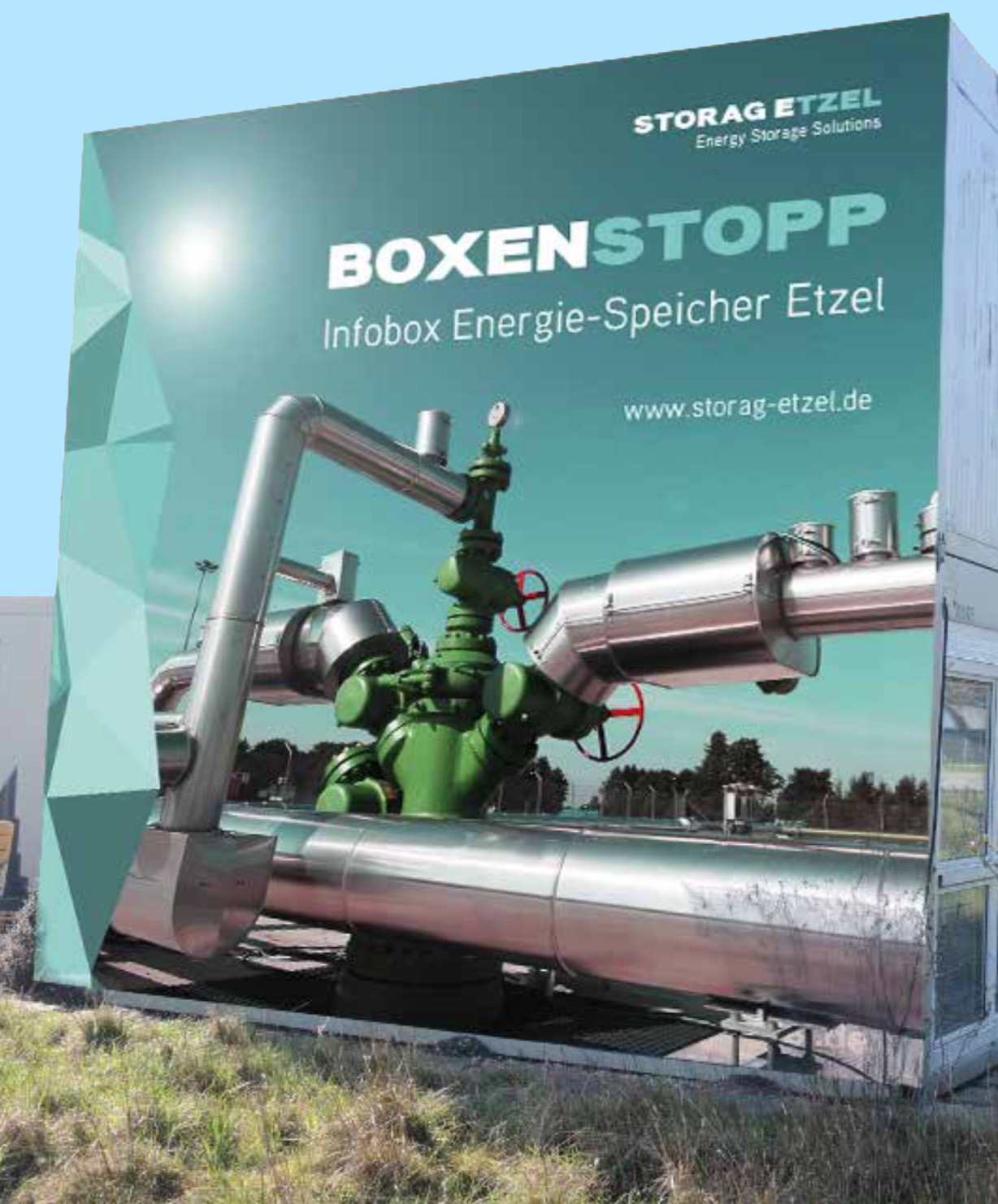 Infobox of the Caverns Information Center

As part of a comprehensive reorganization, the subsidiaries of IVG Immobilien AG are released into entrepreneurial independence. After the relocation of the company headquarters to Friedeburg at the beginning of 2016, the process of independence for STORAG ETZEL was completed with the change of name on July 1, 2016.

Neighborhood festival "Info and Family Day" at the Etzel site of STORAG ETZEL.

Early completion of measures to reinforce gas production pipe tours at new construction caverns in the Etzel cavern field in Q3. 28 caverns have been successively reinforced since Sept. 2015.

Start of work on initial completion of underground equipment of two new-build caverns. 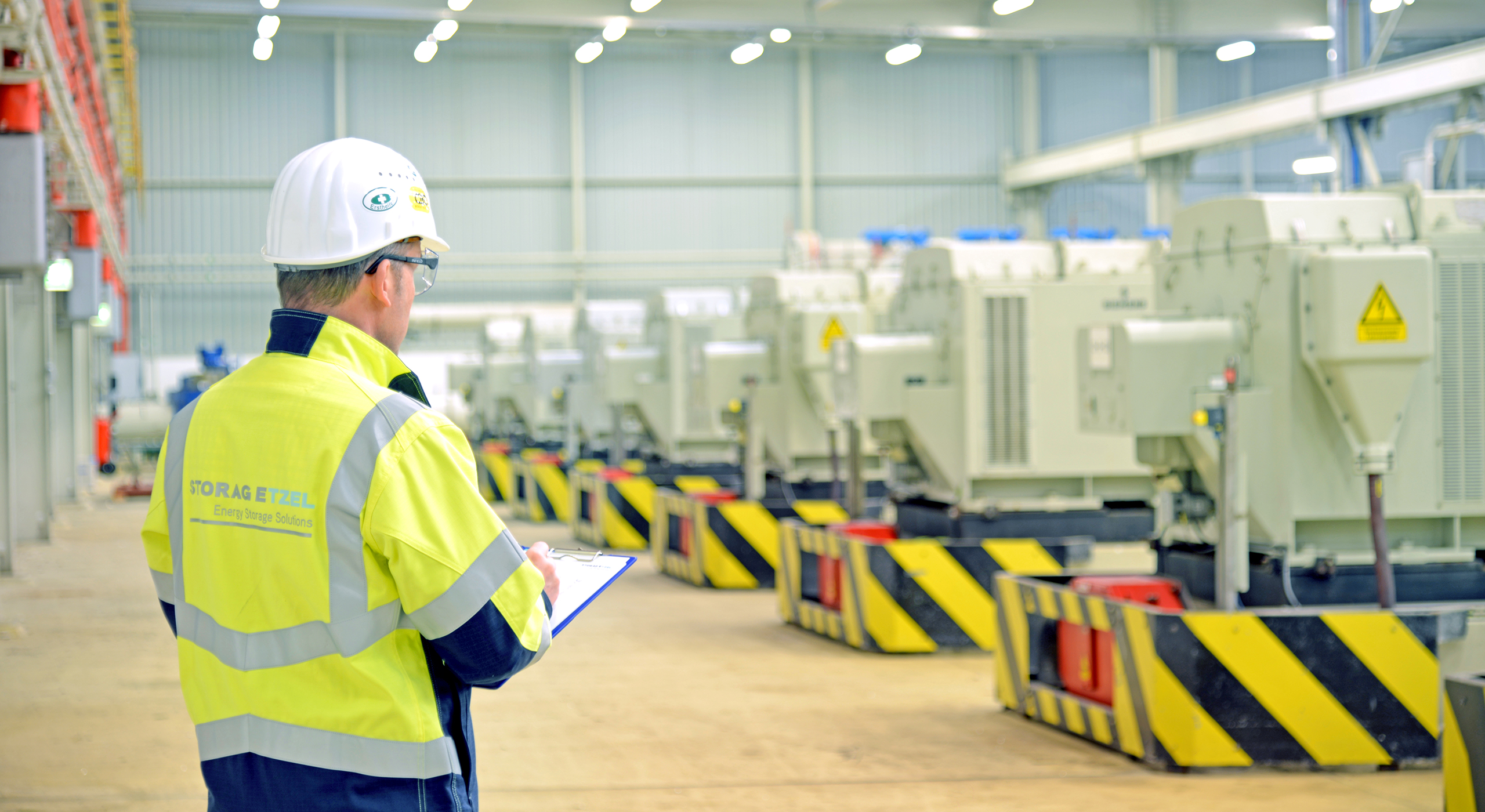 Employees in the main pump station

20th meeting of the Cavern Advisory Board.

Completion of 2 new gas caverns, bringing to 75 the number of caverns in operation (51 for gas storage, 24 for oil storage) 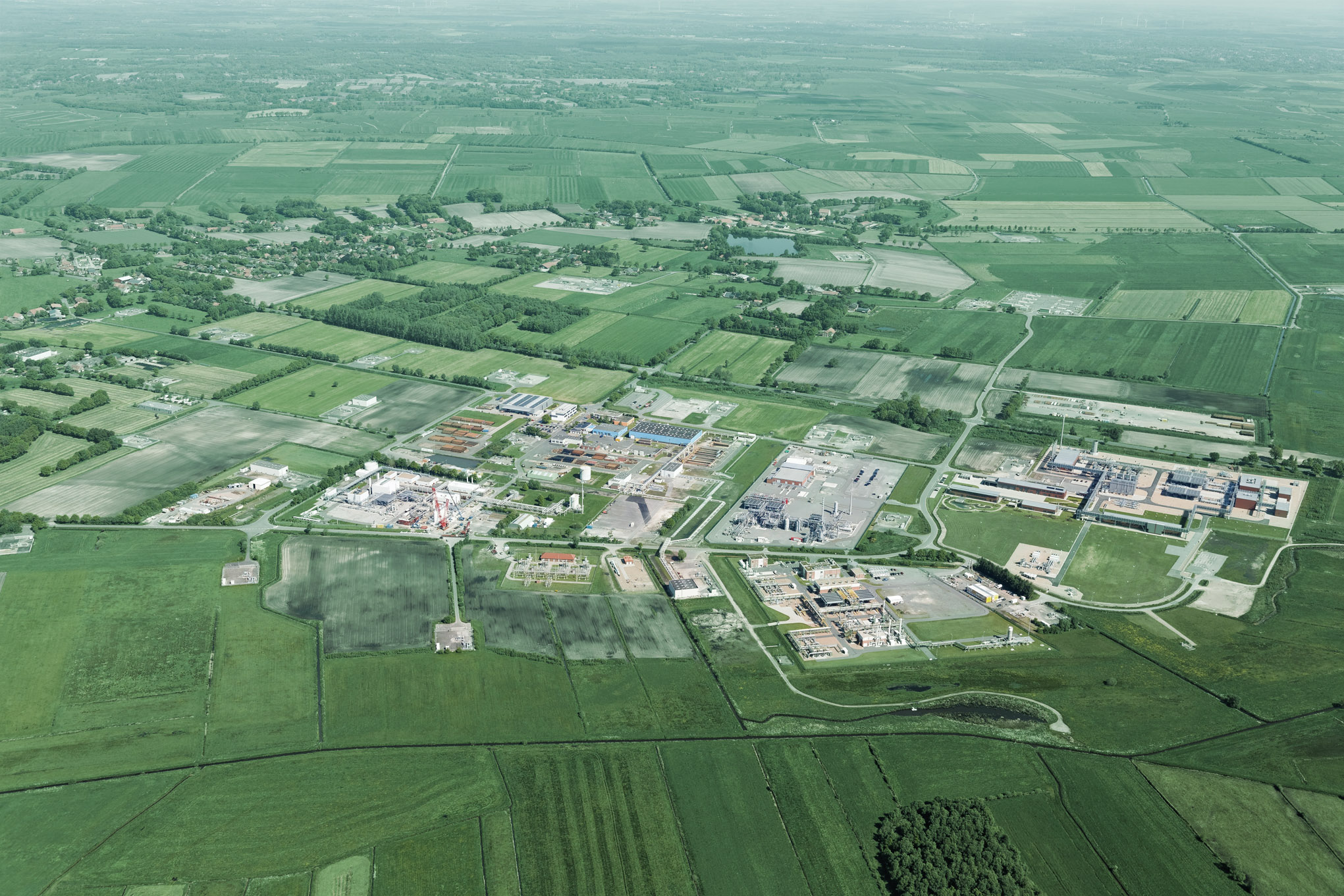 22nd meeting of the cavern advisory board of STORAG ETZEL 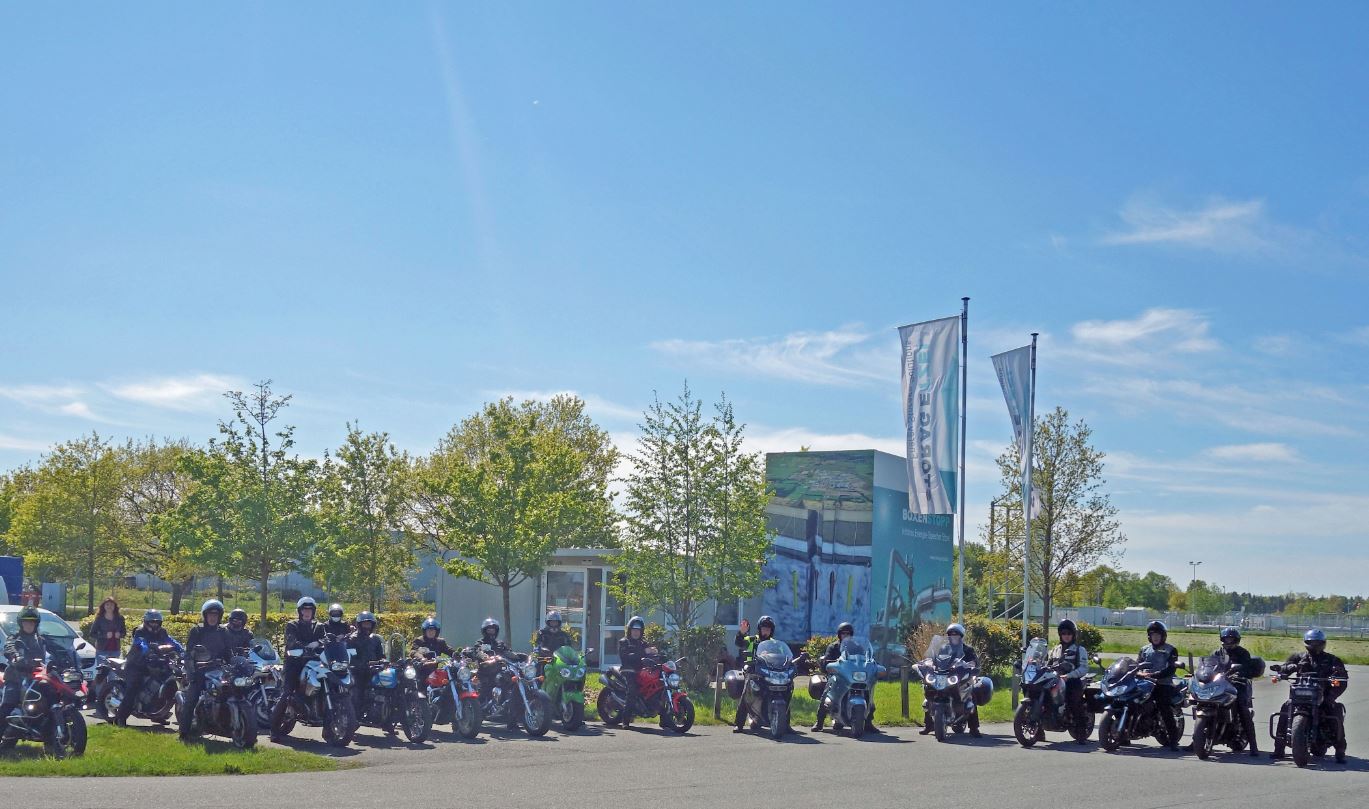 A motorcycle group in front of the Infobox 2019 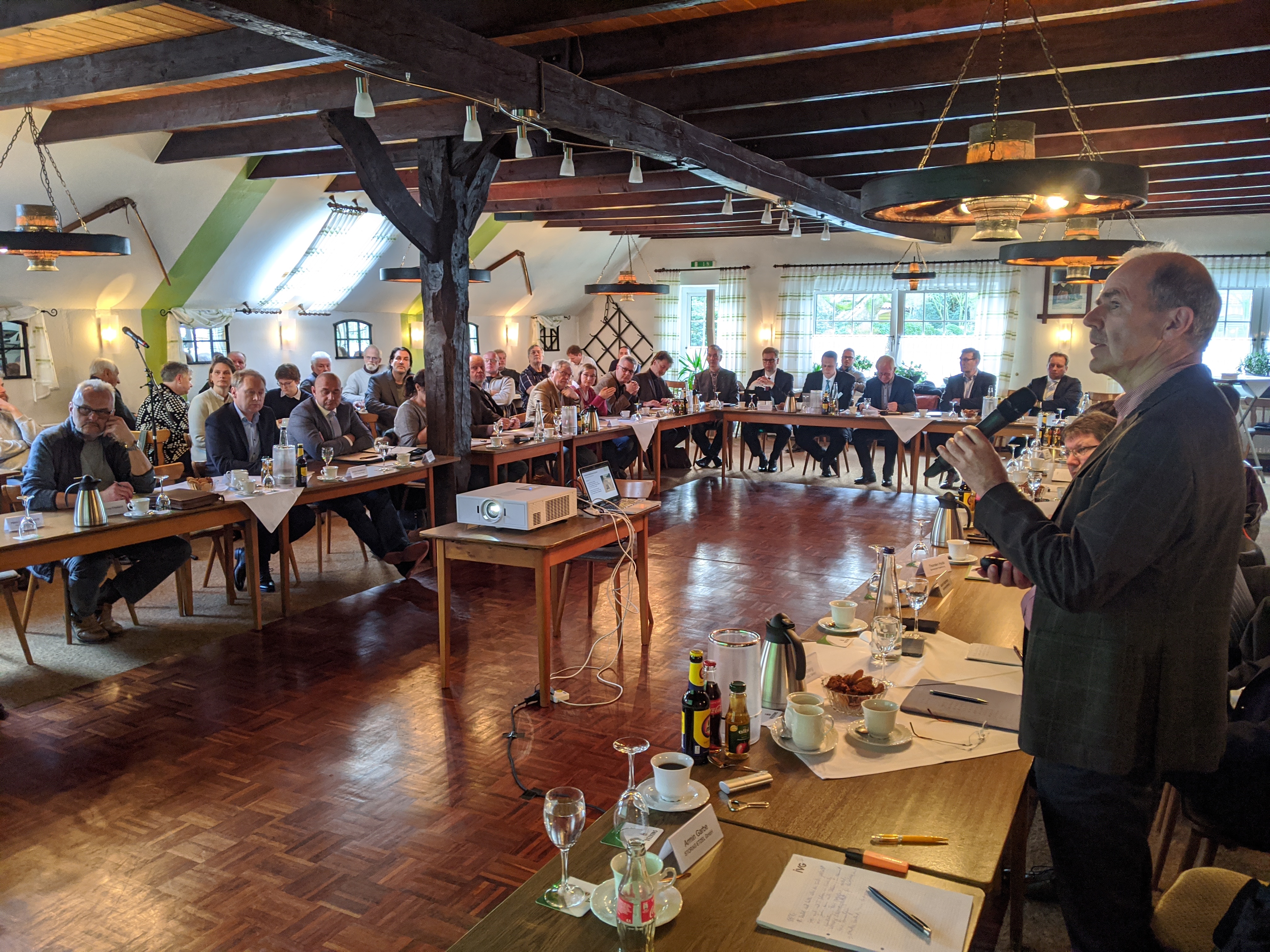 Meeting of the Cavern Advisory Board

One of the cavern funds acquires STORAG ETZEL, which already owns the majority of the oil and gas caverns at the Etzel site

Mission accomplished: The cavern advisory board of STORAG ETZEL is dissolved after 10 years and 25 meetings

Commissioning of pipeline facilities for Phase II of the South Field Remediation (BA3 / BA4) implemented in 2020.

50 years of the Etzel cavern facility 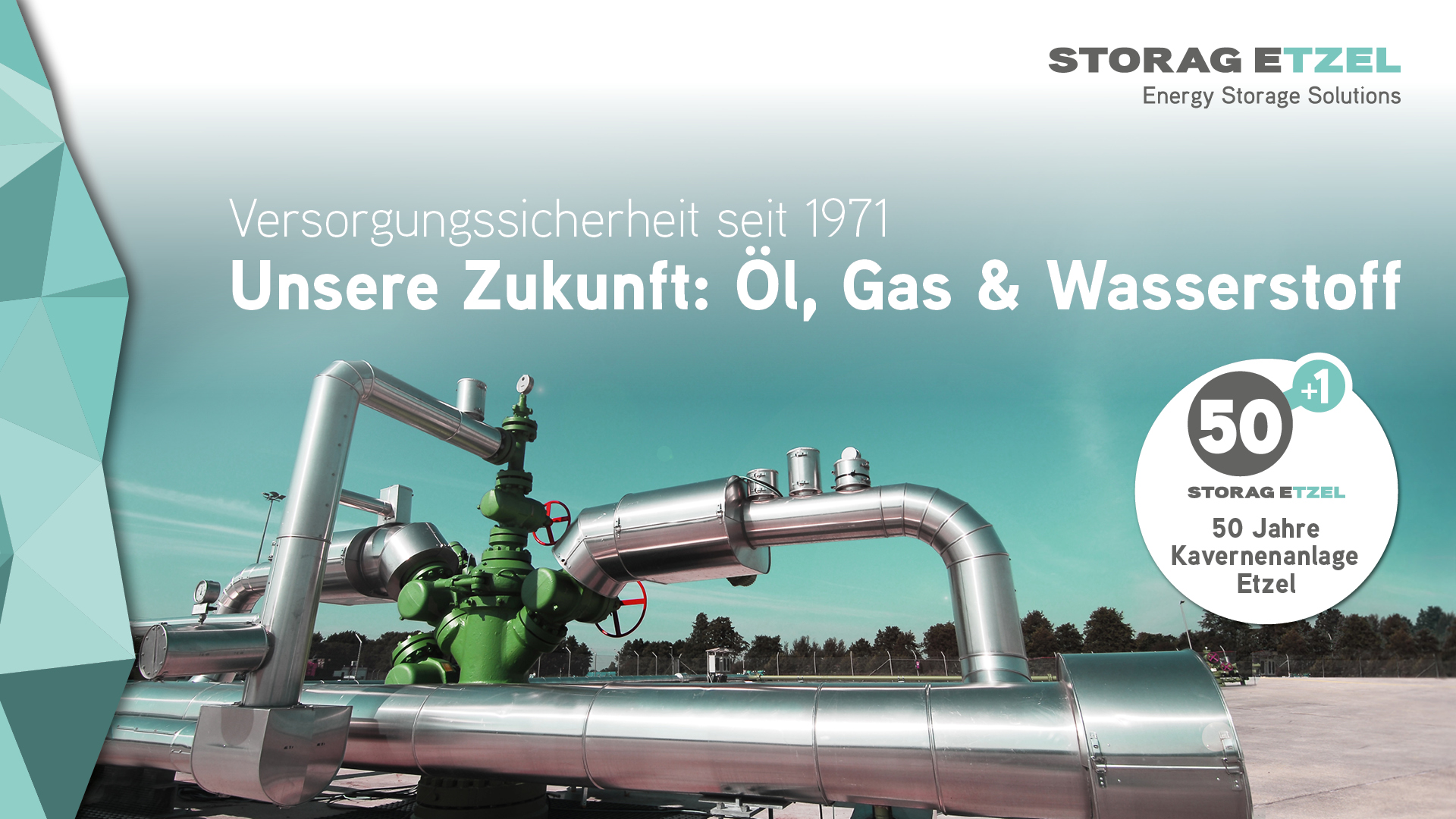 Go-ahead given for the "H2CAST Etzel" project to research hydrogen storage in the Etzel salt dome.

The site is to be made H2-ready

Celebration of the 50+1 year anniversary